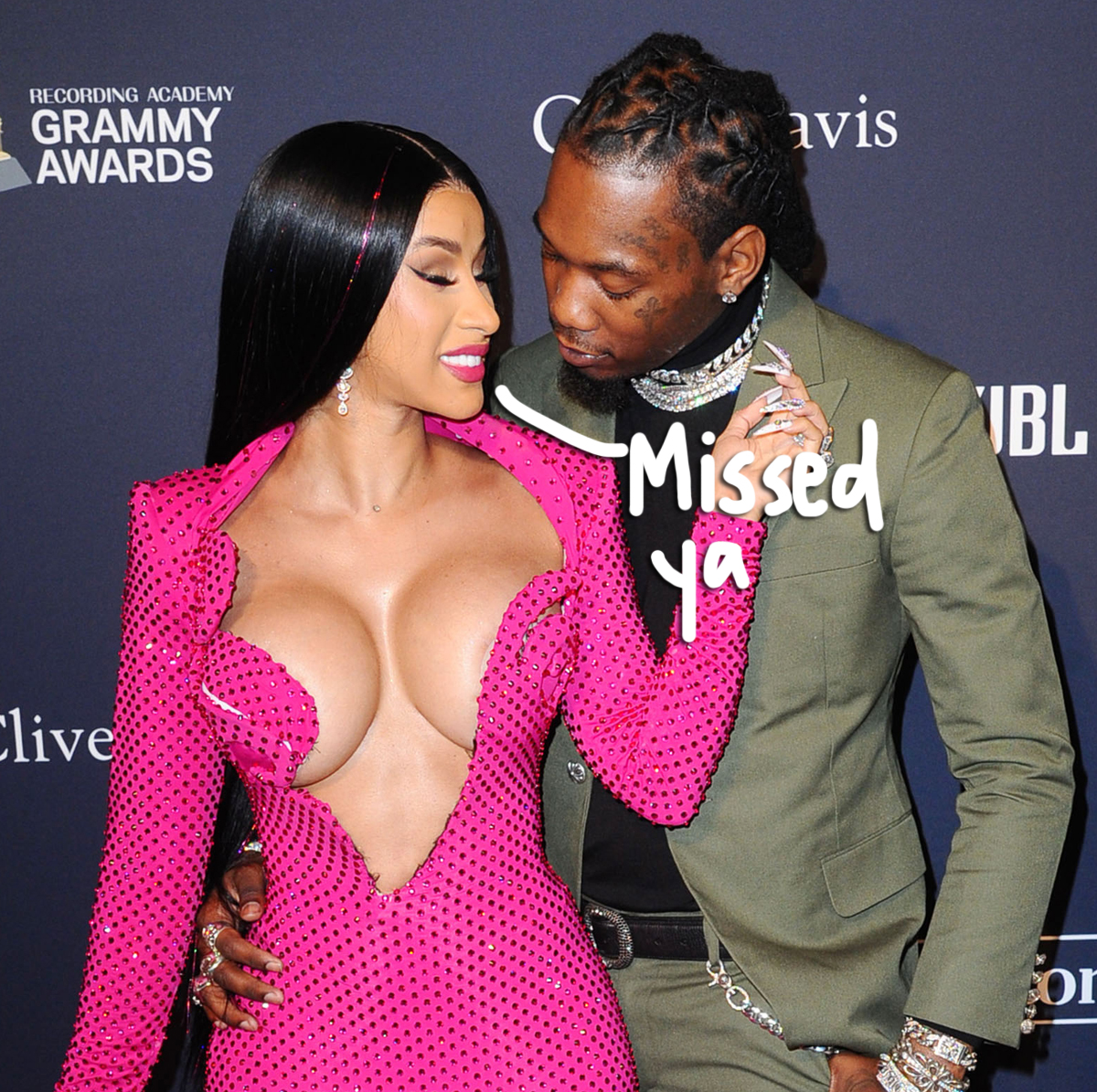 The rumors are true, y’all: Cardi B and Offset are back together amid their pending divorce!

That much was confirmed by the Bodak Yellow songstress herself during an intimate Instagram Live on Tuesday, where she opened up about why she decided to take her wayward baby daddy back after filing for divorce.

While talking to an unidentified friend who was out of frame, Cardi began by addressing the rampant speculation after the pair were acting very couple-y during her birthday celebration last weekend and another outing in Atlanta this week. In fact, the way she put it spectators had been “harassing” her over the state of her relationship.

The Grammy winner went on to admit that she did, in fact, get back together with the 28-year-old — but not “for attention” as many critics have claimed. According to Bardi, she’s simply a “crazy bitch” who can’t make up her mind about whether or not to stay with her man!

Awww! We can imagine — especially if your best friend is also the father of your daughter!

Of course, Cardi confessed there’s another reason she readily took her hubby back, musing:

Ha! We’re with you there, gurl. There is a shortage of easily accessible d**k due to conronavirus restrictions, so Bardi makes a very good point here.

Later in the stream, the superstar responded to critics accusing her of only taking Offset back because he bought her a brand new Rolls Royce for her 28th b-day. The mother-of-one noted that while she “likes material things,” the impressive set of wheels wasn’t why she “slept” with Offset after the split. The real reason?

“I really wanted some d**k for my birthday, really.”

Again, it all goes back to d**k… Because cars and jewelry are nice, but the D that’s really a girl’s best friend is d**k.

Overall, Cardi is blaming her tumultuous relationship with the performer on their young age when they got together, telling fans:

“We’re just typical people, young motherf**kers, who married early and that’s what we are. We’re not any different than y’all dysfunctional ass relationships.”

Ch-ch-check out a clip of her frank confession (below):

Cardi B explains why she took Offset back after filing for divorce:

“I just be starting to miss [him]… It’s hard not to talk to your best friend.” pic.twitter.com/QBNLpctfYm

It’s unclear what exactly this means for their relationship long term. But, for what it’s worth, an Us Weekly source said the rapper is “still going through with the divorce,” telling the outlet:

“As of now, Cardi is still going through with the divorce. [They] are still technically separated, but they still hook up occasionally and are trying to coparent as best as they can. They will always be in each other’s lives and have love for one another.”

What do U think about this, Perezcious readers?

Courtney Stodden Flaunts Boobs to Promote New Memoir, Might Be the Greatest Marketing Genius of Our Time