Sumit Reveals Arranged Marriage Made Him Suicidal on 90 Day Fiance

On Sunday night’s 90 Day Fiance: The Other Way, everybody had a lot going on.

But few scenes were as raw and painful as when Sumit confided in his parents that he had contemplated taking his own life during his arranged marriage. 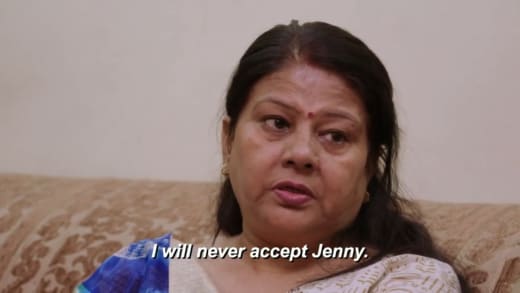 The midseason premiere of 90 Day Fiance: The Other Way Season 2 includes some truly painful moments as Sumit spoke to his parents.

Sumit’s parents, Anil and Sahna, have agreed to his divorce from his arranged marriage. That is not the same as giving him and Jenny Slatten their blessing. 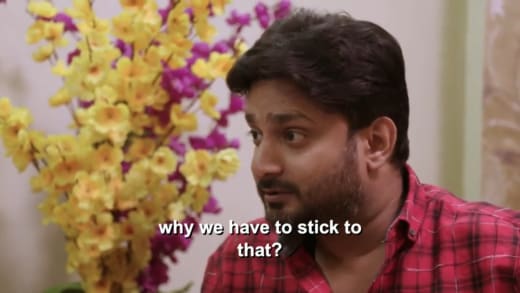 Again and again, Sumit’s parents protest that their society will not accept a man in his early thirties dating a woman who is roughly twice his age.

Sumit begs them to cast aside their fear of what strangers and acquaintances will think about their son’s marriage.

Remember, after all, he needs their blessing. If they object to him marrying Jenny, he cannot marry in India. 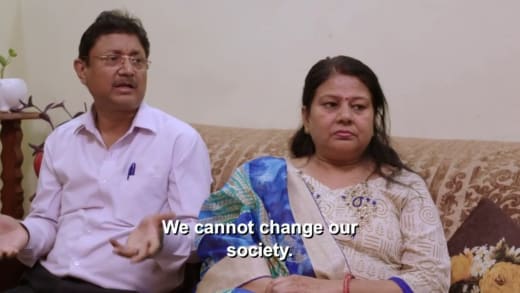 “You are sad because you are so obsessed with what random people in the society are saying,” Sumit acknowledges.

“But because of that,” he recalls to his parents, “I was the one who was suffering.”

At this point, Sumit and his mother are both deep in their feelings and letting their emotions show. 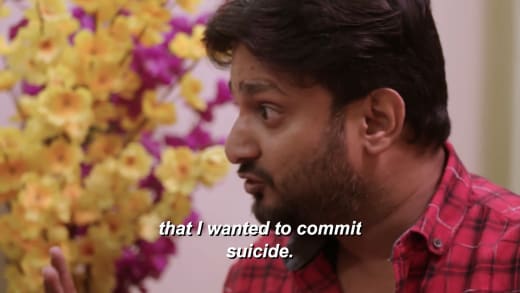 The degree to which Sumit’s parents were in denial about their son’s misery becomes painfully apparent.

“I told you three times that I wanted to commit suicide,” Sumit reminds them.

Folks, suicidal ideation is extremely serious. And if you or a loved one is experiencing that, call the National Suicide Prevention Lifeline at 1-800-273-TALK (8255). 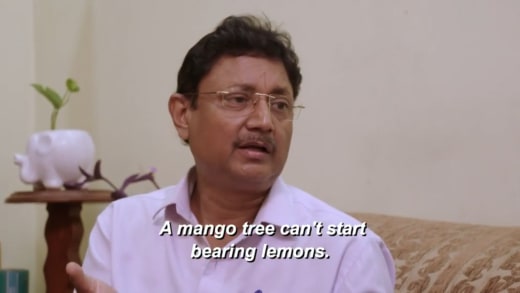 “I am your son,” he emphasizes to his parents.

He assures them: “I’m getting true love with Jenny.”

“You are asking me to choose between you two,” Sumit laments, asking: “Why can’t I choose both?” 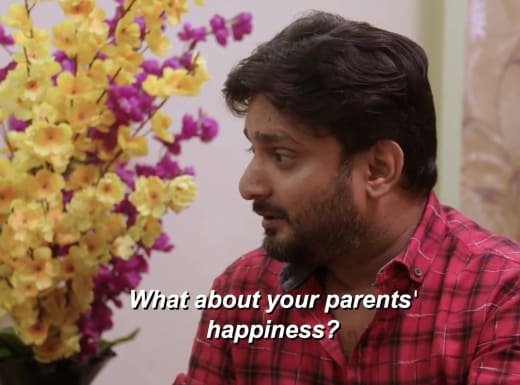 At one point, Sumit is absurdly asked about his parents’ happiness — absurd because they are the only ones stopping themselves from being happy.

“I got married thinking of your happiness,” Sumit points out.

He reminds them: “I listened to you and went through with an arranged marriage.” 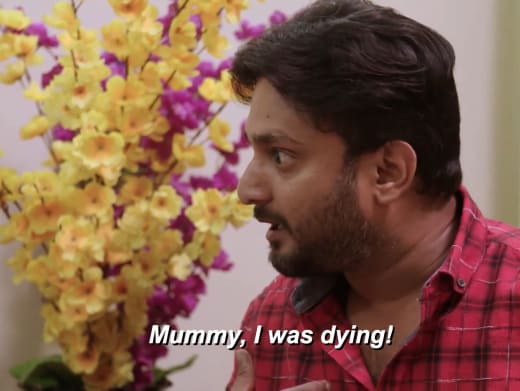 “You thought it’d be a good idea,” Sumit says, “but it wasn’t. Then where did my happiness go?”

“Mummy, I was dying! In those two-and-a-half years,” he adds, “I had stopped sharing my thoughts with my own parents.”

Though they have yet to accept Sumit’s choices, they do at least acknowledge that forcing him into a loveless marriage was not the right move. 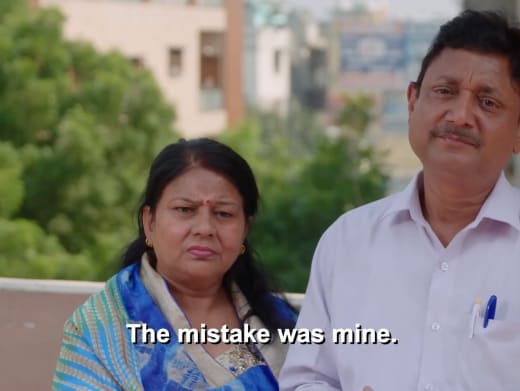 Ultimately, the two resolved to “try” to come around to accepting Jenny.

Additionally, they suggested that perhaps time would lead them to a new mindset.

Maybe … but given their fatalistic attitude towards social expectations and judgment from strangers, we wouldn’t hold our breath. 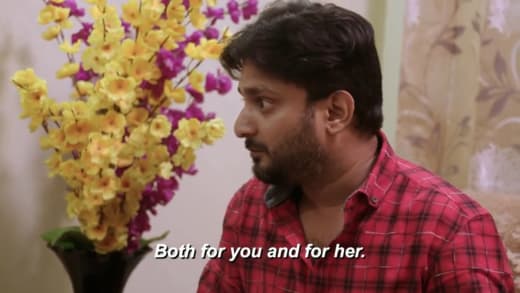 Sumit obviously did not want to upset his parents.

He could, realistically, cut contact with them and go somewhere with Jenny — it would be tricky, but it’s possible.

He doesn’t want that. He loves his parents and wants their acceptance. 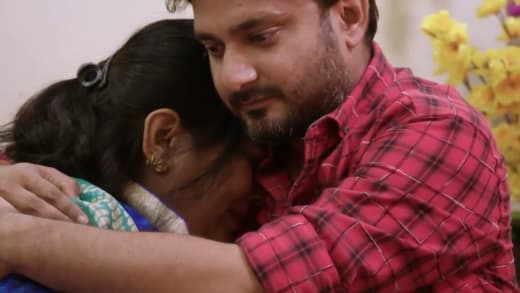 Later in the episode, he met up with Jenny to tell her how it went.

Jenny was very pointedly not invited, as Sumit’s parents resent her. Also, this was a family talk, and Jenny isn’t formally family — not yet.

Sumit did stress that there were upsides to a society-oriented way of thinking … even though that’s exactly what is pressuring his parents to force him to stay miserable.

Kylie Jenner Attempts To Hike A ‘Steep Hill’ On Workout…

This Is Me! | Perez Hilton

Dominic West Said Wives Should Be ‘More Indulgent Of…

Selena Gomez Reveals Attacks On Her ‘Personal Life’ Led Her…